Sagi Refael is an Israeli born, LA based art historian, curator and educator, specializing in curatorial guidance for artists and collectors. In 2017 he founded IAILA (Israeli Art in Los Angeles), a private initiative dedicated to cultural exchange and artistic cross-pollination between Israel and the USA.

We asked Sagi to share a few of his favorite artworks by Israeli artists! 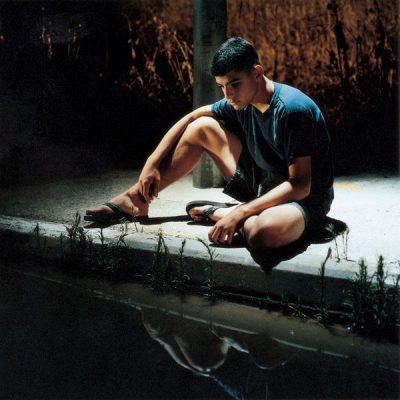 This staged photograph of a teenage boy, alluding to Narcissus endlessly staring at his reflection in the pond, is a breathtaking example of the genius in the work of Adi Nes, one of Israel’s most iconic artists. By re-contextualizing the mythological story of the half-god that was punished to love himself to death, Nes inserts compassion and warm intimacy into this portrayal of an adolescent, perhaps a confused youth. Looking at this contemplative scene on the edge of a sidewalk, the viewer is being suggested with self-love as an avenue for reassurance, and with a symbolic way to claim confidence during times of uncertainty. 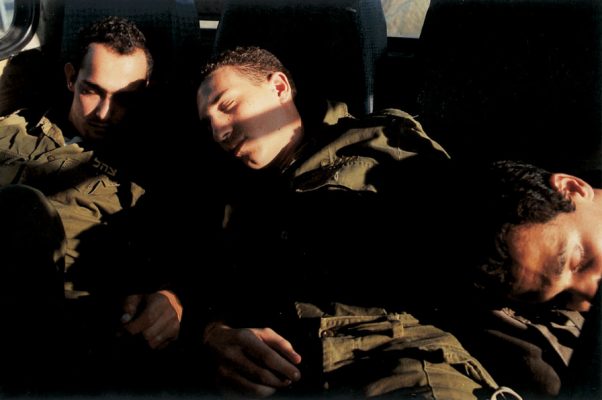 Back in 2006 I had the honor to include this work by Adi Nes in my first museum group exhibition, “Men”. The physical bond between the sleeping soldiers on the bus, and their emphasized vulnerability rather than showing them as heroes or alert fighters, bring the viewers closer to the humans underneath the uniforms and shields of authoritative guard. 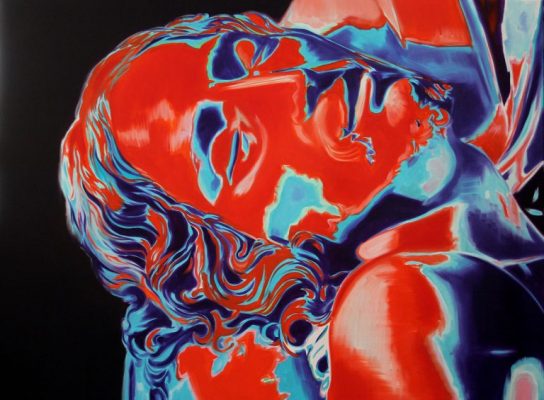 In his post-pop renditions of classic masterpieces from art history, Jossef Krispel shakes off the respectable cannon and charges familiar scenes with new sensual energies. Referring here to the removal scene of Jesus from the cross into Mary’s lap, the man of Nazareth is almost brought back to life by the illusion of an infrared scanning of the original, a white marble sculpture. The resurrection therefore happens by presenting thermal body heat in painterly means, reminding the potential of art to create, capture, solidify and revive. 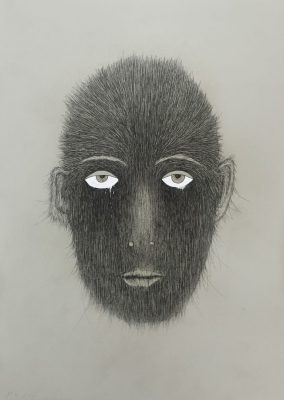 Moran Kliger is already a rising star in Israel, and my American students recently had the pleasure of talking with the artist about her inspiring career of the last decade. This haunting self-portrait emphasizes Kliger’s interest in hybridity and non-conformism, the connection between the primal and the human, all while skillfully drawing mystery and compassion into this captivating creature’s appearance.

Noa Yekutieli’s intricate paper-cut compositions, present moments of fragility, displacement and awe. This diptych, “Current Destination”, juxtaposes a black & white mirror-image of a hug between an enigmatic individual and an anonymous crowd. Together they project both a sense of solitude and togetherness, melancholic yearning but also a tender union.

Liat Elbling’s architectural compositions, continue the practice of post-modern constructed photography, led by lens-based artists as Barbara Kasten and Thomas Demand. I had the privilege to place several of Elbling’s works in a private collection at the Hollywood Hills a few years ago, perfectly fitting them into LA art scene’s affection of the blurred lines between representation and abstraction.