A Jewish ultra-Orthodox woman is standing with outstretched arms in front of her soon-to-be groom in the midst of their wedding ceremony. She is clad in a long, heavily ornamented gown that swallows her form, as the tradition dictates. Her face is hidden from her future husband as well as from the viewer by an opaque, white veil. Whether she is rejoicing at the prospect of matrimony or mortified by it remains an enigma. The only visual cues that guide the observers of this strange frame are reflected in the faces of dozens of women and children who can be seen congregating behind the young couple, staring in awe. 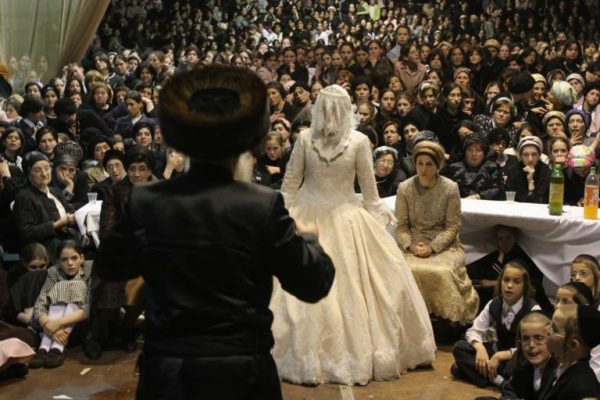 This photograph, titled simply “Wedding,” was taken by Israeli photographer Pavel Wolberg in 2006. Its dramatic yet utterly vague qualities are characteristic of the artist’s works. Whether it’s a pair of Muslim women dipping in the waters of the Mediterranean on a hot summer day in Tel Aviv or a teenager crouching in the forests of the embattled Ukraine, Wolberg’s imagery is decidedly impenetrable. 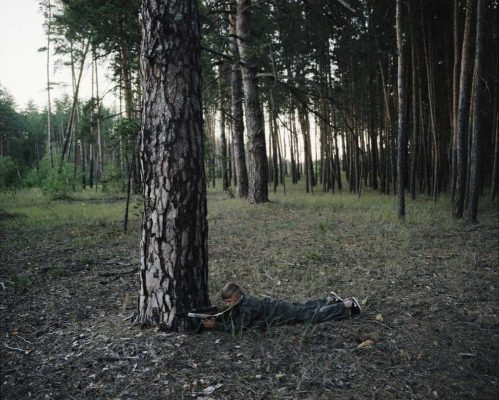 A veteran artist who has exhibited in Israel and abroad, Wolberg is also widely respected in the local scene for his extensive work as a photojournalist. His images from tension-fraught areas, like the West Bank territories, were published by esteemed publications such as Haaretz, The New York Times and Der Spiegel.

It seems that his steady, removed and almost surgical gaze at the complex scenes he has documented for the mass media guides Wolberg in his approach to art-making. On a recent visit to his studio, he tells me that he scoffs at the notion of artistic standards or the idea that he might wish to evoke a certain kind of emotion in spectators. “I don’t think about the viewer when I photograph,” Wolberg declares decidedly. “Mine is the only viewpoint that matters. When I hold the camera, I make the rules. Nothing and no one else exists in the world when I take a picture.”

The origin of the solipsistic principle, which motivates Wolberg to create, can be traced back to his personal biography. Born in the former Soviet Union in 1966, Wolberg immigrated to Israel with his family when he was seven years old. They settled in the southern city of Be’er Sheva, whose desert terrains had been the stark opposite to the snowy surroundings he grew up in.

The cultural shock, Wolberg says, was a trauma that has remained with him to this day and continues to shape his photographs. It could very well be the reason for the fact that the most quintessentially Jewish scenes, like a series of photos he took in the ultra-Orthodox city of Bnei Brak, appear otherworldly and surreal when he directs his lens at them. 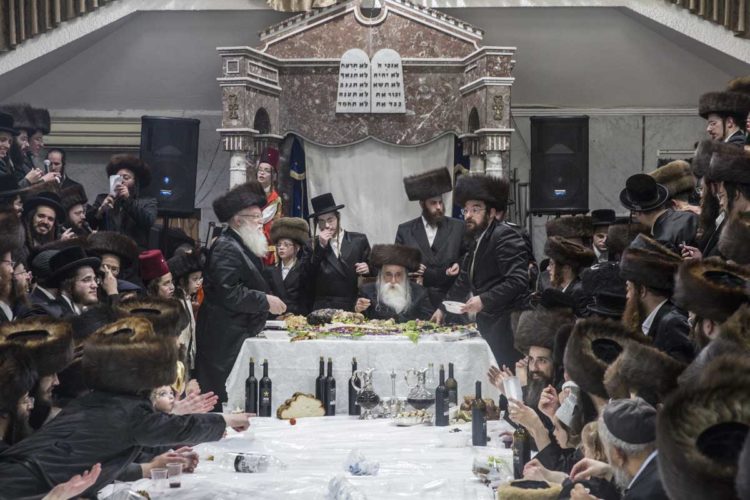 “I live with the feeling of estrangement,” Wolberg admits. “There are things I can’t share with the rest of Israeli society. The only truth a man has is his experience of his childhood, it moldsb you for the rest of your life.”

He is fascinated by unlikely subjects, which recur often in his photographs. Among them are soldiers in combat, religious populations and the landscapes of countries gripped by war. Wolberg observes all of them as a distant stranger, but the artist stresses that the act of photography is not an attempt to offer a visual interpretation of the mystery that is the other. “I don’t deal with the experiences of other immigrants, I’m not an anthropologist,” he explains. “I can only look at myself and my own personal experiences. I can only tell my own story.” 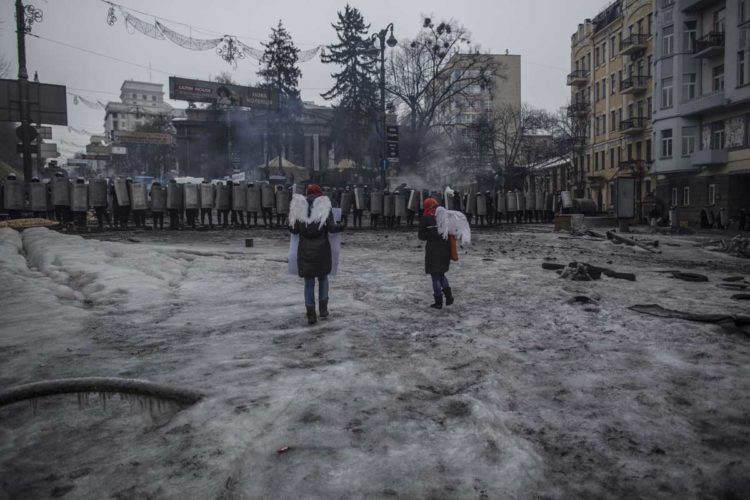 His attempt to grapple with the upheaval and pain of immigration has led him to focus on two different projects that he is currently working on. In one of them, he takes pictures of everyday objects that he recalls from his childhood home. In another surprising and relatively new endeavor, Wolberg has turned to painting to reconstruct lost memories. “I think of these as sort of illustrations,” he says of a series of bleak but beautiful sketches. “I tried to recreate moments from within myself, and it just seemed suddenly like the right kind of medium to evoke these memories. Most of them are based on photographs from family albums and my imagination of what things were like.”

From Journalism to Art

Not many creatives make the leap from journalism to art, but for Wolberg the two fields inspire one another. He shares that in his mind they correspond closely, and says that his years as a photojournalist have helped him hone the unique perspective that informs his artworks today.

The matter-of-fact, objective outlook that is required of a journalist certainly resonates in a lot of his photographs, like one peculiar and funny frame that shows a couple walking down the street in Tel Aviv. The pair in the photo are dressed up as ballerinas for the Jewish holiday of Purim. Both are wearing short and puffy tutu skirts, but the man can be distinguished by his toned, hairy legs and the gun casually strewn across his back. 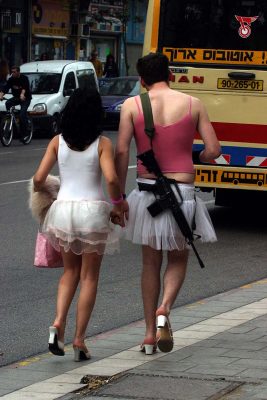 “My perception was never journalistic, but there was something gratifying about going somewhere, taking a picture and being the source that conveys the story,” Wolberg muses.

Irreverently individualistic in his style, Wolberg refuses to adhere to the conventions of both art galleries and newspapers. “In photojournalism you need to provide as many colors and details as possible. I don’t necessarily want that,” he clarifies. “But I also don’t want to look for a decisive moment,” of the kind that art photographers are taught to search for in their training.

“I don’t want to be inside whatever is happening. I want to take a step back and see the bigger story,” he concludes. And that, perhaps, is the key to understanding his unique way of capturing the world.